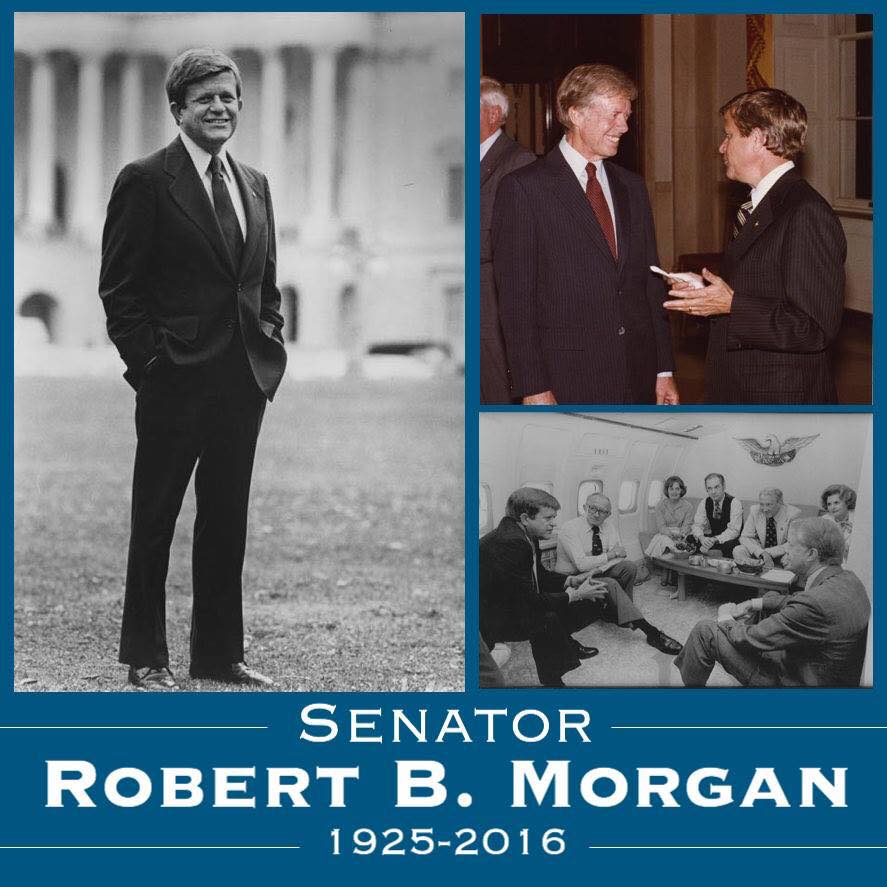 Senator Robert Morgan of Lillington passed away on Saturday, an outpouring of praises have been shared through out NC and on social media sites.

Here are a few of the thoughts people are sharing

“I will miss my friend. I cherish our conversations at his law office in Lillington. The story I enjoyed hearing the most was when Sen. Morgan unknowingly took President Carter’s seat on Air Force One. President Carter insisted that Sen. Morgan keep his seat and President Carter sat down in the floor. A White House Photographer captured the moment, and Senator Morgan kept a framed copy of the moment in his office. He would joke that he is the only US Senator to make the President of the United States sit in the floor”

‘North Carolina lost a treasure this morning. Senator Robert Morgan died peacefully at his home in Buies Creek. I’ll forever be indebted to him for his generosity and mentorship. Whether it was establishing the consumer protection division within the NC’s Attorney General’s Office, fighting the big banks in the US Senate or advocating for poor eastern North Carolinians as a trial lawyer, Senator Morgan always fought for the people. He leaves a tremendous legacy and I will sorely miss him.”

I normally stay out of political posts, but this is about Dad’s first cousin.

Harnett County, NC, and the country lost a friend this morning: former US Senator Robert Morgan.

His mother and dad’s father were sister and brother. Robert grew up on the farm and learned how to work hard.

He served in local and state government, eventually becoming NC Attorney General. He went on to become US Senator. He was also Director of the SBI.

Robert did not let this go to his head. He attended family funerals, even sending flowers. He often attended his childhood church for special occasions.

We had some good talks during the past few years. I believe that his interest in government rubbed off on me, as I majored in Public Admin.

He was truly interested in people. Believe today’s politicians could learn from his example.

Odd coincidence that he died on the 31st anniversary of Grandma Butts’ passing. She was his aunt.

Rest well Robert. Your struggle is over.