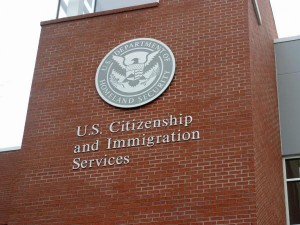 WASHINGTON — House Republicans still smarting from their poor showing among Hispanics in the presidential election are planning a vote next week on immigration legislation that would both expand visas for foreign science and technology students and make it easier for those with green cards to bring their immediate families to the U.S.

Republican leaders made it clear after the election that the party was ready to get serious about overhauling the nation’s dysfunctional immigration system, a top priority for Hispanic communities. Taking up what is called the STEM Jobs Act during the lame-duck session could be seen as a first step in that direction.

The House voted on a STEM bill — standing for science, technology, engineering and mathematics — in September, but under a procedure requiring a two-thirds majority. It was defeated, with more than 80 percent of Democrats voting against it, because it offset the increase in visas for high-tech graduates by eliminating another visa program that is available for less-educated foreigners, many from Africa.

Republicans are changing the formula this time by adding a provision long sought by some immigration advocates — expanding a program that allows the spouses and minor children of people with permanent residence, or green card, to wait in the United States for their own green cards to be granted.

There are some 80,000 of these family-based green cards allocated every year, but there are currently about 322,000 husbands, wives and children waiting in this category and on average people must wait more than two years to be reunited with their families. In that past that wait could be as long as six years.

The House proposal would allow family members to come to the U.S. one year after they apply for their green cards, but they wouldn’t be able to work until they actually got the card. It applies to the families of green card holders who marry after getting their residency permits.

Bruce Morrison, a former Democratic congressman from Connecticut who chaired the House immigration subcommittee and authored a 1990 immigration law, said the bill neither increases the number of green cards nor gives people green cards early. But people “get the most important benefit of being able to live legally in the United States with their spouses.”

Morrison, an immigration policy lobbyist who advocates for groups such as American Families United, called the bill a stepping-stone to more comprehensive immigration reform, That Republicans initiated it “to me is a positive gesture that they want to do business on this subject,” he said

Megan Whittemore, spokeswoman for House Majority Leader Eric Cantor, R-Va., a key proponent of the STEM Act, said the bill is “family friendly, helping spouses and minor children who would otherwise be separated from their families for extended periods of time.”

The bill will be taken up this time under normal procedures requiring only a majority vote, and it is almost certain to pass the Republican-led House. It remains to be seen whether it will engender enough Democratic support to give it momentum as it heads to the Democratic-controlled Senate.

It would give 55,000 green cards a year to doctoral and masters graduates in the STEM fields. The measure, strongly backed by U.S. high-tech companies, would make it easier for people trained in the United States to put their skills to work for American companies rather than non-American competitors.

But the legislation would still eliminate the Diversity Visa Lottery Program which gives out a similar 55,000 green cards a year to those from countries, including many in Africa, with traditionally low rates of immigration to the U.S. That prompted the House’s Hispanic Caucus, Congressional Black Caucus and Congressional Asian Pacific American Caucus to all come out against it in September.

Crystal Williams, executive director of the American Immigration Lawyers Association, said the bill is a message from Republicans that “we are here and we are ready to talk about immigration reform.”

But she said she doubted it will make much progress in the Senate during the short lame-duck session. People “are now starting to think about broader reform,” she said, adding that a limited bill that doesn’t increase visas won’t get a lot of support.

Copyright 2012 by The Associated Press. All rights reserved. This material may not be published, broadcast, rewritten or redistributed.