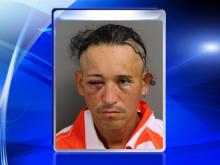 From WRAL…FUQUAY-VARINA, N.C. — An Angier man was charged with first-degree murder Sunday after he allegedly stabbed a man at a Fuquay-Varina home.

Authorities haven’t offered a motive for the stabbing or said how the two men might have known each other.

A spokesman for the Wake County Sheriff’s Office declined to comment on the case.