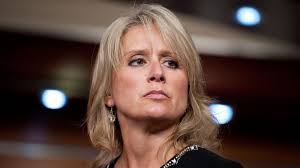 In a featured on WRAL news Rep. Renee Ellmers says that she is dismayed that the President would try to take credit for the job growth here in North Carolina. Watch video below to see full interview.

The question must be asked if Rep. Ellmers is so dismayed by the President, what she has done for the district that she represents in Congress. I think we all can agree that Ellmers has had plenty of camera time to talk about what people are not doing but she has not done anything to help the school situation in Harnett and the growth and development of our district. There has been one thing on her agenda and that is to repeal Obama Care.

I think that we may see the same thought process in the election process; people on Main Street want change and help. The last 3 years of Ellmers in Washington has not brought that to the district. If anything she is inaccessible to the general public of the 2nd district. Now many people may disagree with this but remember I am not talking about an event such as a GOP meeting or fundraiser, I am talking about the streets of our community. She is nowhere to be found…