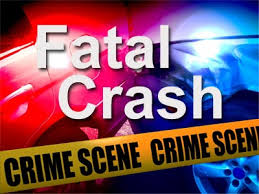 LILLINGTON – A Linden couple was killed Tuesday after their car ran off N.C. 217, just south of Josey Williams Road in Harnett County, the Highway Patrol said.

He lost control of the vehicle as it entered a curve, the report said.

The vehicle hit a ditch and a tree, traveled across Slash Circle, hit a street sign and a fire hydrant before crashing into another tree, the report said.

Surles’ was traveling an estimated 70 mph at impact, the report said.