A Letter from Gary House 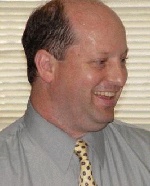 Whose Toes Were Stepped On?
Vice Chairman Gary A. House
Harnett County Board of Commissioners
I have always been honest with the people of Harnett County.  Many of you have inquired about the results of the recent Republican primary for seat 2 on the Harnett County Board of Commissioners.
Many things have happened over the last year where I stepped on some big toes because I was not willing to compromise my principles and sell my soul to those I know are not working in the best interest of Harnett County.
It all started with the selection of our county manager.  Some of us thought it was wise to bring in an interim manager from the outside to clean up the mess made by the previous administration.  Commissioner Jim Burgin had talked about hiring Tommy Burns as manager for over two years and I know he supported Mr. Burns.
When it came time to pick an interim manager, Joseph Jeffries, a current employee was selected.  I never even heard Mr. Jeffries name mentioned in that capacity.  Please do not take me wrong.  I have always liked Mr. Jefferies.  I think he is one of many great county employees.  I felt comfortable with him being a short-term interim county manager.  However, in hindsight, none of the problems that were to be corrected before a new county manager arrived were addressed.
After I realized that the clean-up that we wanted was not going to happen, I began to push to proceed with hiring a new county manager.
We started the interview process.  Mr. Burns was selected for an interview.  Mr. Burns interviewed very well.  He had the more education and experience than the other candidates.  When it came time for a vote, the commissioners went around the room stating who they preferred.  I was last.  It was a two to two split.  I sat there with the deciding vote in my lap.  I cast my vote for Mr. Burns.

That started off an array of comments that were intended to keep Mr. Burns from becoming manager.   Commissioner Burgin stated that Mr. Jeffries had more county management experience than Mr. Burns because he had been interim county manager for three months and Mr. Burns had never been a county manager even for a minute.  Commissioner Gordon Springle even said that education was not that important.  These were some of the weakest arguments that I had could ever imagine.  They were not persuasive at all.  Mr. Burns has advanced degrees and had been a city manager for 15 years.  For anyone to think, he was not qualified is ludicrous.
I am incapable of understanding how someone could want Mr. Burns for a manager for the two preceding years then abruptly change his mind without any good explanation.
As time went on, NC House Representative David Lewis started putting pressure on Commissioner Burgin to change the way the $500 recreation fees were charged to the developers in the county.  I clearly remember on several occasions Commissioner Burgin telling me that if David Lewis wants the rec fees changed, he needs to do it in Raleigh and not ask the county board to do it.

Representative Lewis also telephoned and emailed the planning department on numerous occasions in an attempt to persuade them to change our ordinance.  From what I have been told, he even went as far as re-writing our ordinance for us.  In my eight years on the board, I have never known Representative Lewis to become so involved in any county issue.

The planning board sent the new language up to the county board to approve at its next meeting.  The morning before the county board meeting, Commissioner Burgin calls me and asks me to come to a lunch meeting with him, Representative Lewis and David Levinson, one of the developers of the Anderson Creek Club.  It was probably a wise move that I elected not to go.
At 4:00 that afternoon, Commissioner Burgin shows up at the planning department with even new language to be inserted into the planning board’s recommendation to the county board.  This is completely against protocol.  I actually saw the new language at 6:55 pm and was asked to vote on it at 7:10.  I tried my best to read the changes while listening to Commissioner Burgin and Commissioner Miller argue for ten minutes over the issue.  Frankly, the new language was not clear.  Commissioner Miller obviously had the stronger arguments that night.
After listening to the arguments and not wanting to make a rash decision, I made a motion to table the issue so that I could study the impact on the county.
The next day I called Representative Lewis and asked if he would meet with me to explain the rec fee issue since he had been so heavily involved in it.  He jumped at the opportunity and appeared at my office two days later.  We met for 50 minutes and, quite frankly, he had no good argument that making changes in or eliminating the rec fees was in the county’s best interest.  As he was leaving he said that he wanted to come back and talk about capacity fees in our utilities plants.  He never came back to discuss that issue.
The rec fee issue stayed on the table until the 100 day time lapsed.
Recreation fees are assessed when a lot is recorded in Harnett County.  They are $500 per lot and are used to purchase land for recreational purposes in the area where the fees are collected.  According to information provided to me, Mr. Levinson’s argument is that since he provides recreational amenities inside a private club, that the rec fees should be waived or reduced.
The rec fees collected in the Anderson Creek area have always went to make the payments on West Park which opened for visitors last month.   I am certain Anderson Creek Club members will use this public park.  I cannot understand why Mr. Levinson does not appear to think that Anderson Creek Partners, LLC should pay its fair share for public recreational facilities.
Based on my calculations, the elimination of the rec fee would save Anderson Creek Partners, LLC $1.25 million.
It is also my understanding that Anderson Creek Partners, LLC wants to shift the capacity fees from the developer to the builder.  In my opinion, this would require the county to bankroll infrastructure improvements and would require the county’s utility department to use its reserves.  According to my calculations, this would be the equivalent of giving out a $4.75 million interest free loan.
Other information provided to me indicates that Anderson Creek Partners, LLC wants the county to spend $7 million to provide offsite infrastructure improvements in order for the development of its new phase of the club to have access to our water and sewer system.
Based on this information, the District 2 seat for County Commissioner is worth at least $13 million to someone.
Yeah, I know I stepped on some big toes.  But I would not sell the residents of Harnett County out.  The ones who replace Mrs. Hill and me may.  But I don’t play ball that way.