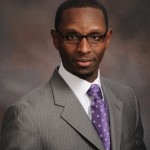 According to court documents that the Dispatch received Kylon Middleton the Principal at Overhillls High School has been charged with simple assault in Cumberland County and has a court date set for mid June.  The Dispatch received several emails and phone calls from people throughout the county about the alleged charges and we were able to confirm with the clerk of court office this morning that the allegations were in fact true. Earlier this month Mr. Middleton took out charges on a male subject named Nathaniel Thompson for Communicating threats, Assault with a deadly weapon and false imprisonment, that case is schedule for court in late June in Harnett County. Both subjects are listed as having the same address and in a court order Mr. Thompson is ordered not to make contact nor come back to the said property listed in court documents.

The Dispatch tried to reach out to Mr. Middleton through email for a statement but was unable to make contact with him before the time of release.