The Harnett County Commissioners will hold an open hearing for the general public to speak on the proposed 2014-2015 County Budget. The budget will include a recommended property tax increase and discussion on funding the needed schools in Harnett.

Rumors are going around that one commissioner is recommending that the county cut personnel to cover the deficit in the budget, and has even stated that there needs to be special school district tax for homeowners in the western portion of Harnett County. These rumors have not been confirmed by the Dispatch but sources say that the recommendations are true and are urging taxpayers to attend the meeting.

Many county employees have expressed their concern over these rumors but have asked to remain nameless due to the fear of retaliation by board members and the lingering outcome of the November 2014 elections and new board members. 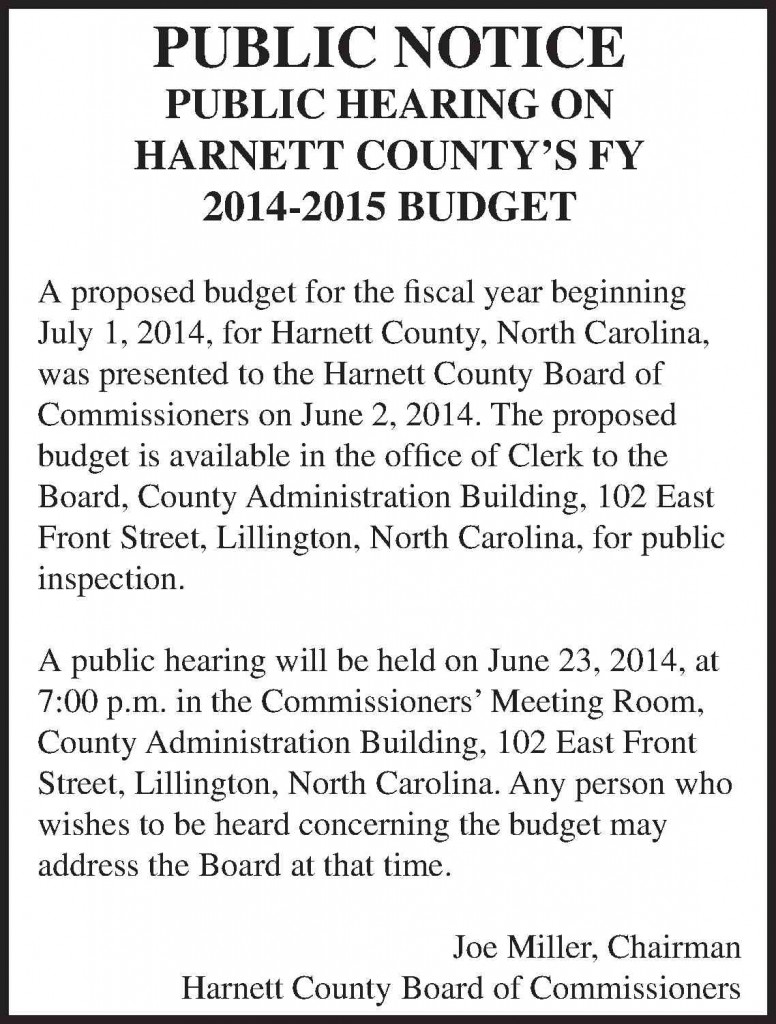