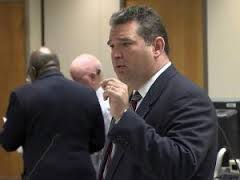 What is Representative David Lewis Hiding?

Lewis is Under Fire from Editorials Across the State

In the last month David Lewis of Harnett County has found himself taking heat on some of his bills and amendments that he has introduced in the North Carolina House, Last month he was called out for introducing a local bill that would restrict the power of the County Commissioners and school board in just Harnett County. Both the commissioners and board of education sent resolutions asking to be removed from the local bill but the bill passed the house and senate with Senator Rabin saying that the resolution was not an  unanimous vote “which makes no sense because our boards run on the basis of majority of the board and both board chairman’s are republican.

The Latest Bill People Are Questioning?

The N.C. House approved legislation Thursday that would block charter school employees’ names from being disclosed with their pay, acting on an amendment introduced by Rep. David Lewis, R- Harnett Rep. Charles Jeter, R-Mecklenburg.  The revised bill now goes back to the Senate, which earlier approved a version that requires disclosure of names, salaries and all other personnel information that traditional public schools must reveal.

The amendment, introduced as a broader charter school bill, passed the House on a 65-48 vote in its final reading. It preserves the part of the initial bill that says charter schools must disclose positions, salaries, promotions, demotions, disciplinary actions and other specific personnel data, but says that employee names “shall not be open to inspection.”

According to the News and Observer Amanda Martin, a lawyer for the NC Press Association said it was ‘A horrible amendment’

Rep. David Lewis, R-Harnett, sponsored the amendment shielding teacher names. He argued that because charter school teachers are paid differently and are not a part of the state pension system or health care plan like teachers in traditional public schools, they should not be subject to the same open records laws. He said it was needed to “eliminate the potential for creating hostile work environments,” and noted that other financial records about charter schools were still public.

“You create a very hostile environment when you have to release names and salaries for every teacher,” Lewis said. “…What I’m trying to prohibit is the blanket publication of the names.”

(From The Star News)

“This amendment sets a bad precedent by shielding some public employees from full disclosure when others – including teachers in the state’s traditional public schools – do not enjoy that same protection. At worst, the amendment could go a long way toward confirming what charter school critics have been saying all along: that these schools are effectively private schools paid for with taxpayers’ money.

The sponsor of the amendment, Rep. Charles Jeter, R-Mecklenburg, introduced the amendment to Senate Bill 793 shortly after two charter schools in his area finally agreed to comply with the state law and provide salary information to the Charlotte Observer. The Senate bill deals with charter school revisions. Another supporter, Rep. David Lewis, R-Harnett, contends that such disclosure will create a hostile work environment. No more hostile than in any other government agency, where the salaries of employees are public.”

Once again, this North Carolina Legislature proves its hostile intentions toward traditional public education. For the past several years, all employees in school districts in our region have endured having their salaries publicly available in data-bases located on newspaper web sites. Has it caused a hostile work environment? I’m not sure it has. Most of us don’t even bother to access that data anymore. But the fact that our political leaders somehow want to hide how charter schools operate and spend money, definitely shows hostile intentions toward traditional public schools.

These two state legislators, Jeter and Lewis, prove that what they really want to protect is how charter schools actually spend public money. Charters in our area have been known to pay exorbitant salaries to administrators. One charter in Charlotte, North Carolina recently imploded due to bloated administrator salaries. (See “Troubled StudentFirst Charter School Closes Abruptly”)

If anyone needs names and salaries disclosed it is public charter schools. Because they are not required to play by the same employment laws as traditional public schools, the public has an even greater interest in making sure these schools do not waste tax payer money. Perhaps this is once again that the signs of intelligent life in our North Carolina Legislature grow even dimmer. 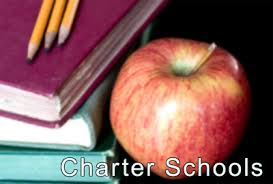 Harnett County does not currently have any Charter Schools operating, there is one schedule to open in the near future named Anderson Creek Charter School. Many people are asking why Rep. Lewis would want to shield the names of the teachers and salaries since Charter schools operate with state taxpayers funded dollars. The public school system operates under an open government policy and has to disclose names of teachers and their salaries. The question must also be raised does this cause a security issue with staff names being hidden.

The Harnett Dispatch began investigating what connection did Rep. Lewis or any Harnett County elected officials may have with Charter School’s that would make him come up with an amendment that would hide names from the public that are receiving North Carolina taxpayers funding. The first place we investigated was Rep. Lewis campaign finance reports for the last few years and we discovered that since 2012 Rep. Lewis and State Senator Ron Rabin have received combined political contributions of over $45,000 from people directly associated with the administration of the newly formed charter school set to open in Harnett County.

In comparison to public schools this bill would allow charter schools to operate with less oversight then public schools and leaves room for financial troubles down the road that many North Carolina charter schools have already endured. The public information act was created to give the public more access to where their tax dollars are going. This bill oversteps the public information act and allows Charter schools to hide salaries and names of their paid staff that is supported by North Carolina taxpayers.